And no it’s not in the goolies: it’s in the pocket.

The announcement of the google Chrome OS for netbooks is going to kick off another major row between what are now officially the two big players in the mainstream software market. There is however one major difference between the two sides in this civil war.

One is giving away its software free.

From the Google Blog on the 7th july:

Google Chrome OS is an open source, lightweight operating system that will initially be targeted at netbooks. Later this year we will open-source its code, and netbooks running Google Chrome OS will be available for consumers in the second half of 2010. Because we’re already talking to partners about the project, and we’ll soon be working with the open source community, we wanted to share our vision now so everyone understands what we are trying to achieve.

The software agreement fiasco nearly put paid to Chrome Browser before it started, but it has gained a little market share since they sorted that  problem out. Even though it’s running a poor fourth behind IE, Firefox and Safari in that order, that’s not bad considering it’s about twelve months old. You can’t get cheaper than free however and the strength of the Google corporate machine helped it to overtake all of the Linux freebies.

This is the first time in many years that a major player has attempted to take on Microsoft where it has a stranglehold —  the OS, God bless OS2 and all who sailed in her :-) which is placed right in the machine in the factory in most cases. Let there be no doubt, Google is the only serious player left to “Fight the good fight”. I am not totally anti-Microsoft, don’t get me wrong, I am however totally anti monopoly and I fully believe that competition is always a good thing.  There are rumours of attempts by Google to deal with Dell, HP and other big makers and if they are giving the system away for nothing, that has to be a big help in the current economic climate when companies are seeking an edge over their competitors.

The bottom line of course is how far other software developers will go to support this sytem, and whether decent software will be produced for the fledgeling OS but Google already has a great start to its software package with Google Docs, Spreadsheet, email and calendar programs already available for free and the Google labs have some very  interesting programs in the works. With a respectable start to even a CAD software package with Google Sketchup (Free and Paid for versions) , it’s very likely that a serious percentage of users will not need any further software in their machines other than what they are given free by Google with the operating System.

This looks like the beginning of the end of paying for your operating system. Despite the serious efforts made already with the various versions of Linux, we are still somewhat at the mercy of Gates and Co. with the popularity of Windows with so much software developed for Windows alone Microsoft can almost charge what they like and people have to pay it. With Microsoft’s nasty history in dealing with computer manufacturers who dare to think elsewhere, it is also likely that we could see some major court cases in the near future as they will lash out in all directions to try to hold on to what they have. 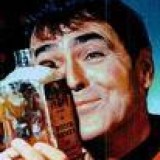 Absolutely fabulous wizardry including brilliant and amazing administration of this glorious site of the great BOCKSTER.

9 replies on “Google hitting Micro$oft where it hurts.”

……but then Google implant themselves as the all dominant player..and they become the monopoly we hate….arn’t you wary of Google’s dominance? Especially their complete dominance of the ad-game and their access to our data..

I’m all for competition..I just hope its a good product. I’m not too keen on Chrome as a browser. Of course, as you say, their applications are great. GMail is untouchable at the moment.

Plus, it should be noted, they are doing nothing new..giving Linux away for free..

Still, it makes the whole game more interesting. But i’m an Apple man anyways..but its nice to watch the show..

The only serious player to take on Microsoft in the OS area is Google?
FFS Bock, the Google OS isn’t even an OS, it’s just a fancy window manager running on a Linux Kernel!
And what about Android?

In fact, feck that, what about Red Hat, Ubuntu, Suse, and the other Linux distributors?

Or, for that matter, what the heck about Apple???

As in darn you to heck?

“the strength of the Google corporate machine helped it to overtake all of the Linux freebies”, and yet in the previous sentence you say that Firefox and Safari are ahead of it. Firefox and Safari were both Linux browsers well before they were ported to Windows or Mac. In Safari’s case, it comes from the Konqueror browser used in KDE.
Are you suggesting that because they also run on Windows, that they are therefore not Linux browsers? In that case, the only operating system in the running at all is Windows, because that’s the only thing that IE will run reliably on. In all other browser’s cases, they run on a variety of systems.
‘Let there be no doubt, Google is the only serious player left to â€œFight the good fightâ€.’ – I also disagree with this. Google is the only /high-profile/ player currently threatening Windows, but Linux and the other freebies are slowly but steadily gaining popularity through word-of-mouth, which is sometimes a better form of advertising than the paid kind.
The last paragraph implies that Google’s OS will somehow finally break people away from the reliance on Windows’ software. I see no compelling evidence, though. You mention Google Docs, Spreadsheet, GMail and Calendar, yet these are all available in all operating systems, so can’t be used as an example. What about Sage, Photoshop, all the hundreds of popular games, and all the other OS-specific speciality programs which are the reason why people are currently stuck with the behemoth?
I won’t be jumping on the band-wagon. They’re not doing anything new by trying this – they’re just doing it louder.

For me the big thing with google and it’s apps is how they give their services for free by allowing your info to be searched by their advertisers for them to try and sell you something. I don’t mind it with my personal gmail (and i use a few FF plugins to avoid seeing the ads in the first place, heh-heh!) but I wouldn’t fancy using it for confidential company docs. I think most people will feel the same. It will make inroads in the private world or for small business’ starting out. I don’t see it making much inroads in mainstream business world.

Roosta: I agree, I’m not fond of the way that google plays with peoples information, but then that’s what pays the piper in their current lineup so the option will probably be use it for free but this is what we want from you.

Mark: By serious player I mean monied player, I know exactly what you’re talking about in regard to the linux end of things, and indeed they are serious about what they do. I’m talking about someone who may actually have the capabilities to break the current MS monopoly on OS installation at source of product. This will take a player in the marketplace with both the money and expertise to do. I’m not slagging but Linux distribution is confined mainly to those who are willing to put in a share of work. It is still somewhat stunted by a lack of serious monetary backing to bring it up to mainstream usage. Googles version will have the backing behind it (Along with the open sourcing to get the developers on board hopefully, without this, it is of course doomed to failure.) Android is Google OS for phones (Originally). Chrome OS is the next logical step.
Regarding Apple, that will happen when the apple OS can be fully installed on a bog standard non-proprietary machine, that you can fire parts into without them costing an arm and a leg, but again this is the main source of income for Apple not the software, the so-called “Apple Tax”. Not likely to shoot themselves in the foot by doing so. Would be nice though.

Kae: I’ve used everything from Netscape, Mozilla to Opera, lotus to Borland office when it was around (Paradox, wordperfect and Quattro Pro) , Staroffice, openoffice and a couple of other freebies. The OS is the last bulwark. I’m not disputing the roots of any of the software you mentioned, I’m describing how I feel about how the Google machine works. What I’m hoping is that we can get to a stage where no single company has a stranglehold on what Joe bloggs has in his machine when he buys it from PCWorld or Dell and what he has to pay for it. I’m trying to say, however badly worded it is, that maybe when this row is all over, that we can have an operating system (which every computer needs to work) installed in a machine at the beginning without having to pay over the top for it, which “Joe” currently has to do. I’m not Jumping on any bandwagon here, I have too much invested in specific windows software that doesn’t have any free comparable alternatives to ever pull completely away from it in all of my machines but there will be some that will never see windows.

Brian: The rumours about “Cloud office” have been flying for a while, those links hint that we’re going to see it sooner rather than later. In this case the question might have been who was following who’s lead? Google Docs was the first working “Cloud Office” software that I know of, I stand to be corrected on this. Again it’ll be very interesting to see how MS will deal with the financial end of the system. I could be very wrong but I can’t imagine them being free, Maybe they’ll take the “Free cut down version” route?

Rob: we’re talking about apples and oranges here, Chrome OS will be an operating system, not a web browser.

Yeah thought about it later, I an all mac’ed up now so the whole pc thing is finished for me

… Says it all really, we all know who will win, between them, Chrome and FF have over 50% of the market share http://www.w3schools.com/browsers/browsers_stats.asp