Enda Kenny has retracted his accusation that Socialist Party TD Joe Higgins was a “supporter” of Bin Laden. It all started with a bit of back-and-forth about shoot-to-kill policies during a heated Dáil debate. Then:

As the exchanges continued, Mr Kenny said: “I wasn’t aware that Deputy Higgins was a supporter of Osama bin Laden’s.”

Subsequently, upon the urging of Micheál Martin and others, the Taoiseach withdrew this characterisation and added:

“I know you are a good Christian man who has your job to do in here from a political point of view.”

Mr Higgins, the “good Christian man” and a former Catholic seminary school student, is an opponent of state supported denominational education and has been quoted as saying:

What choice did you have in Ireland, especially in my time, when you had the Catholic faith inculcated in you from when you were baptised? Then you get to think critically for yourself.

These days of course, he is a well-known atheist, since as Daniel Dennett points out, you simply can’t go through seminary without becoming one.

But what of Enda’s knee-jerk reaction towards Christianity as the mark of a “good man”? Is he just as in thrall to the nuns as Bertie was? God save us! 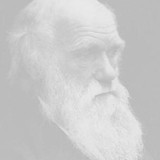 All info about this unlikely hero is available at darwin.ie.

10 replies on “Enda Withdraws Gaffe, Replaces It With Another One”

Reminds me that in the mid-1950s Liam Cosgrave TD expressed the hope that the Arabs and the Israelis would settle their differences in a Christian manner. They still haven’t you know. Maybe the zen Buddhists should intervene.

Enda was taking the piss.

I suppose it’s not completely out of the question to suggest a Christian man could be a good man..
all evidence to the contrary, I mean.

“When I told the people of Northern Ireland that I was an atheist, a woman in the audience stood up and said, ‘Yes, but is it the God of the Catholics or the God of the Protestants in whom you don’t believe?’ ”
–Quentin Crisp

I don’t actually think that Enda has the brans to take the piss. He’s an eejit of epic proportions.

I don’t actually think that Enda has the brains to take the piss. He’s an eejit of epic proportions.

Upon telling an acquaintance once that I am atheist I got the reply ‘Aw but you seem so nice’….whatever that means :D

“Upon telling an acquaintance once that I am atheist I got the reply ‘Aw but you seem so nice’”
Haha.. good one.