I kinda like Joan Burton.  No, not in strange way, but she always seemed (at least in 2008-9-10) to have a good solid handle on the banking calamity.  It’s a pity she got the smeared end of the stick when Labour went into government.  Actually, when you think of it – Labour got the ‘go away out foreign and don’t bother us’ Foreign Ministry post for its leader, the ‘minister for hardship’ for Howlin, the ‘minister for rolling back the welfare state’ for Burton and all for what?

I have no animus towards Billy Kelleher TD either.  I have met the man once, over a coffee at a summer school and he seemed an affable enough version of FF V2.03, Haughey-free and not too infected with the Bert virus.

That said, the interplay between the two of them on the RTE news show “Saturday with Claire Byrne” (what used to be Saturday View when Rodney Rice ran it) was enough to cause me to begin to lose the will to live.  In fact there were two episodes, either of which would cause one to lose hope in the ability of the Irish political system to take any form of action.

The first interplay was around the Anglo tapes.  Claire Byrne asked both of them their reaction and also about the allegations (which I note here) by the Taoiseach that the main thing from any inquiry was to uncover collaboration between FF and the bankers (because we didn’t know that they were close).  All round the country people are outraged at the arrogance and petulance of the Anglo dudes and still, for we are a charmingly naive people, look to the political class for leadership and some indication that there will be justice or even vengeance.  Instead of a measured reaction from two intelligent people about the tapes, about the constitutional problems of the Dáil holding inquiries that apportion decisions and blame, about the nature of banking and finance, we got … squabbling.  Political point scoring, squabbling, polite point scoring and name calling, and a degree of disconnect from the issues that was dispiriting.  It’s a game.  What we have in politics bears as much resemblance to the concerns of the ordinary world as Kabuki theatre does to the realities of modern day Japanese life.

The second spirit-sapping discussion came at the end, neatly bookmarking a show that resembled a political sandwich with a policy vacuum as filling.  We heard about the turf cutting standoff.  Farmers had moved heavy machinery onto protected peat bogs and were engaging in strip-mining it.  Let’s be clear – this wasn’t a few auld lads with sleans and bottles of tae but commercial contractors, doing to protected boglands the same as illegal mahogany loggers do in the rainforest .  This was being done on boglands that were designated special conservation areas under EU and Irish law.  There were police present including a superintendent, a senior officer.  The reporter noted that they were leaning over a ditch observing the law-breaking — observing it mind, not stopping it, not arresting those engaging in it, looking on at it.  Again here was an opportunity for our political leaders to show leadership.  During the show we had talked about the need for the Anglo issues to be dealt with, in criminal court if needed.  We had talked about the legal aspects of the Dáil inquiry and on the need for forensic and detailed examinations of what happened when where and how.  Then we moved onto flagrant, public, mass law-breaking in front of police.  The two politicians hemmed and hawed, admitting that yes it was a breach of the law but there were circumstances, issues, complications etc.  I asked how many of those breaking the law on the bog would that evening be supping stout in the pub decrying the Anglo chaps and urging the full rigour of the law to be applied, to silence.

If we don’t get leadership, if we cant get leadership, from two intelligent thoughtful politicians, if we cannot get them to urge on national radio that the law be respected fully and it be challenged by legal peaceful means only as we are a mature and peaceable democracy, then we wont be always.  People will rightly despair that a state which allows open defiance of a senior police officer who is not then supported 100% by politicians, that that state can ever come to grips with as complex a catastrophe as the banking crisis that has engulfed us. 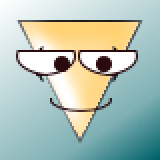 The farmers will always get away with this sort of stuff. It’s outrageous that the Gardai observed and did nothing.

At the very least all the machinery should have been impounded and arrests made.

What we have is a dysfunctional corrupt republic!

Bucking the system or being a cute whore is revered in this country. People promoted beyond their ability betray their lack of security by relying on their status to get things done. Gardaí being offered a pint or a transfer for having the cheek to do their job. Our immediate past mayor producing his chain of office to get a sandwich in a local hotel when the kitchen was closed at 22:30.
We come back from foreign holidays admiring the lack of petty crime and obvious police presence, yet fume at a check point testing for drink driving. We have no respect for the law how can we expect those we elect to be any different.

The underage drinking laws are being flouted every weekend while guards sit in their squad cars eating their boogies,
Volience on our streets is rampant under the eyes of the Guards
Dozens of underage pregnancies are recorded every year in this country ergo statutory rape has occurred no action taken
so lad cut yer turf there is a lot worse happening !!!

A classic logical fallacy, justifying a wrong by referring to a worse one. If you extended that logic, there would only be one single unacceptable act in the whole world.

From the Saga of Njal

King Brian [Boru] thrice forgave all his outlaws the same fault, but if they misbehaved themselves oftener, then he let them be judged by the law; and from this one may mark what a king he must have been.

Do you think this casualness and indifference is prevalent throughout Norn Ireland? Do both respective sides offer leadership up there? Can it be said that it is less dysfunctional, corrupt than the ‘Republic’? Maybe they have grasped the concept of civic duty. Sorry for all these questions- they just poured out.